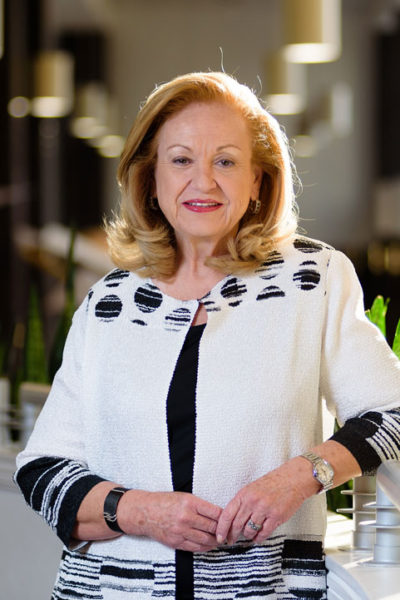 (ILS) Senior Vice President for Long Term Care and Nutrition, to serve as the Opening Plenary Speaker. The meeting held at the Marriott Miami Dadeland Hotel in Miami, Florida is an international gathering of individuals that comprise the educational unit of the Gerontological Society of America. The meeting’s theme is “The Future is Here: Educating a New Generation of Professionals in Aging Worldwide”.

Carbonell spoke of her background in serving the needs of the elderly population for more than 40 years initially as the President and CEO of Little Havana Activities and Nutrition Centers of Dade County, Florida (1972 – 2001), as the Assistant Secretary for Aging at the U.S. Department of Health and Human Services (2001-2008), and in her current role as an executive of Long Term Care and Nutrition for ILS. Joining Carbonell on stage was her lifetime friend and colleague Dr. Martha Pelaez of Florida Health Networks, LLC and Dr. Kathryn Hyer from the University of South Florida who served as the moderator.

The mission of AGHE is to advance gerontology and geriatric education in higher education as well as provide leadership and support of geriatric education to administrators, faculty, and students. The organization includes 160 member institutions representing more than 1,100 faculty and students in the United States, Canada, United Kingdom, Belgium, Turkey, and the Netherlands.

About the Association for Gerontology in Higher Education:
Established in 1974, the Association for Gerontology in Higher Education (AGHE) is a membership organization of colleges and universities that offer education, training, and research programs in the field of aging. The purpose of AGHE is to foster the commitment of higher education to the field of aging through education, research, and public service. For more information, visit www.aghe.org.